BEETHOVEN AT 250 by the Dallas Institute 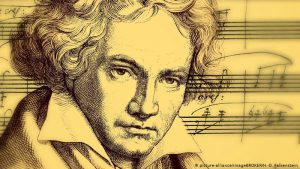 “For nearly two centuries, a single style of a single composer has epitomized musical vitality, becoming the paradigm of Western compositional logic and of all the positive virtues that music can embody for humanity.  This conviction has proved so strong that it no longer acts as an overt part of our musical consciousness; it is now simply a condition of the way we tend to engage the musical experience.  The values of Beethoven’s heroic style have become the values of music.”  In this class we will study several chamber music works of Ludwig van Beethoven in an effort to understand whether and how, in the 250th anniversary year of his birth, these words by the music theorist Scott Burnham continue to ring true.  What was so different about Beethoven’s music?  Why did he become so prominent?  Does he still matter today?  These and other questions will guide us through a consideration of Beethoven’s music and his legacy.

$90 for class and concert